Actress Damilola Adegbite has disclosed that she was a victim of a robbery attack in London.

The Nigerian actress and mother of one said her handbag was snatched with her phone and all the money for trip was taken.

She explained that she would have been stranded if not for a helper.

“Met police had to get involved. It was like a movie,” she wrote.

She later got an alert from Apple that her iPhone is now in China. 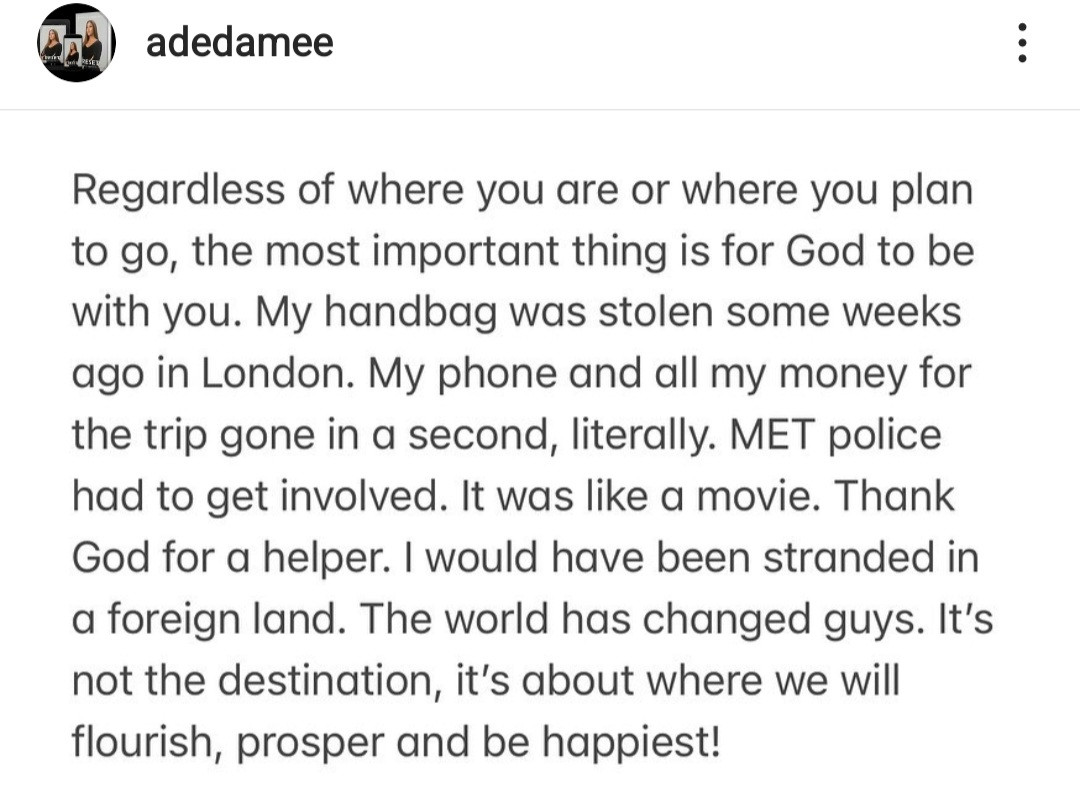 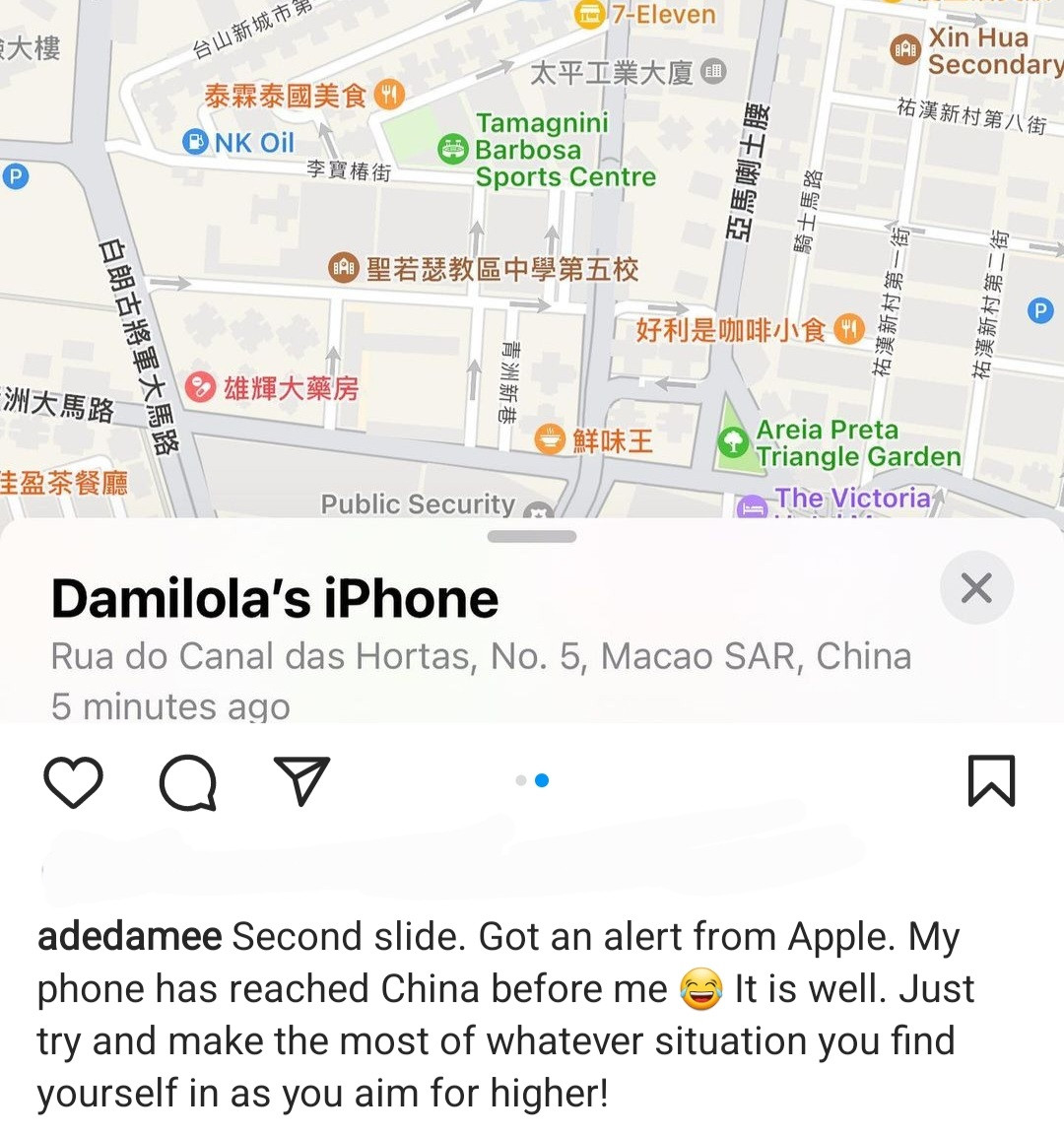 This is coming after media personality, Toke Makinwa revealed that she was robbed in London recently.