Activist Malala Yousafzai, who was shot in the face in 2012 by the Taliban for advocating for girls’ education, has said she fears for the future of Afghan women’s education.

Malala opened up in a New York Times essay published on Tuesday, August 17, two days after the Taliban seized control of Afghanistan.

In her essay, Malala recalled how the Taliban banned girls from getting an education after invading her hometown in Pakistan in 2007.

“Afghan girls and young women are once again where I have been — in despair over the thought that they might never be allowed to see a classroom or hold a book again,” Yousafzai, 24, wrote.

Because of her advocacy for women’s rights to an education, Malala was shot in the face by Taliban gunmen on a bus when she was 15. 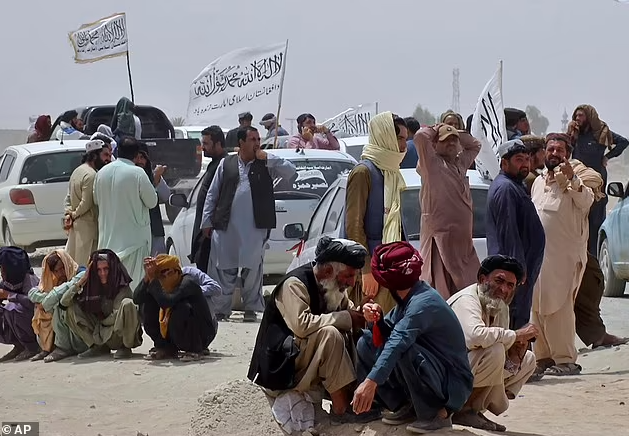 She was the youngest person to win a Nobel Peace Prize in 2014  for her advocacy.

Under Taliban rule, girls were banned from attending school, while women could only appear in public wearing full body coverings and accompanied by male escorts.

Women who did not faithfully observe the Taliban’s strict interpretation of Islamic law were publicly flogged or killed.

After overthrowing the Afghanistan government, the Taliban promised not to ban women from attending schools or work and to allow them into government.

However, Malala Yousafzai said there have already been reports about Afghan women having their rights taken away.

“One woman who runs schools for rural children told me she has lost contact with her teachers and students,” Malala wrote.

“We need specific agreements that girls can complete their education, can study science and math, can go to university and be allowed to join the workforce and do jobs they choose,” the activist added.

“It is not too late to help the Afghan people — particularly women and children,” Malala Yousafzai wrote.

She added: “We will have time to debate what went wrong in the war in Afghanistan, but in this critical moment we must listen to the voices of Afghan women and girls.

““They are asking for protection, for education, for the freedom and the future they were promised. We cannot continue to fail them. We have no time to spare.”1““““

On Sunday, just after Afghanistan’s President and top government officials fled the county and the capital, Kabul, fell to the Taliban, Malala tweeted: “We watch in complete shock as Taliban takes control of Afghanistan. I am deeply worried about women, minorities and human rights advocates.

“Global, regional and local powers must call for an immediate ceasefire, provide urgent humanitarian aid and protect refugees and civilians.”