The Taliban killed and hanged four bodies of alleged kidnappers from cranes in Afghanistan’s western city of Herat on Saturday, September 25, calling it a “lesson” for other kidnappers.

According to Herat province’s deputy governor Mawlawi Shir Ahmad Muhajir, the corpses were displayed across several squares in the city on the same day as the Taliban wanted to teach a “lesson” to the abductors. 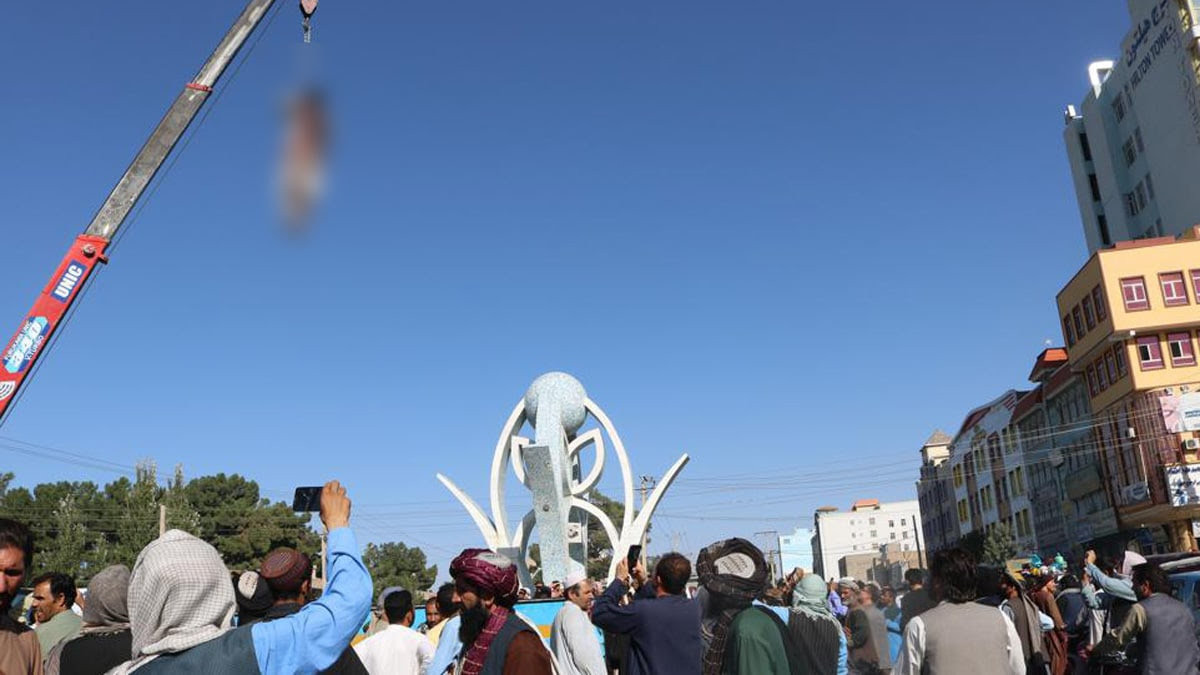 “In order to be a lesson for other kidnappers not to kidnap or harass anyone, we hung them in the squares of the city and made this clear to everyone that anyone who steals or abducts or does any action against our people will be punished,” Mujahir was quoted as saying by AFP.

“The aim of this action is to alert all criminals that they are not safe,” The Associated Press quoted a Taliban commander, who did not identify himself, as saying in an on-camera interview conducted in the square. 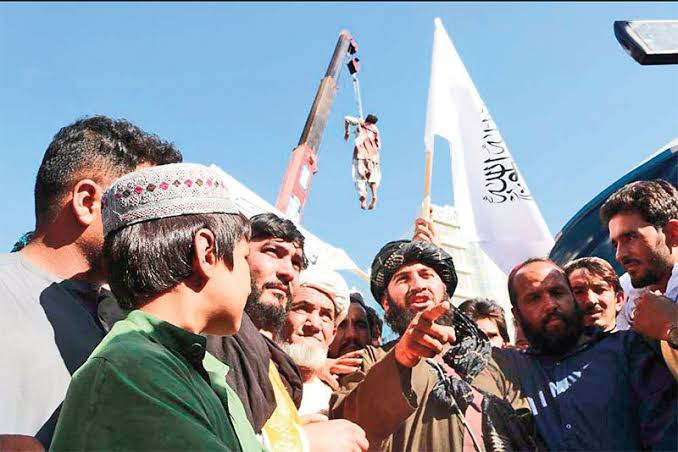 According to AP, Wazir Ahmad Seddiqi, who runs a pharmacy on the edge of the square, said that the Taliban officials had announced that the four were caught taking part in a kidnapping earlier Saturday and were killed by police. Ziaulhaq Jalali, a Taliban-appointed district police chief in Herat, said later that Taliban members rescued a father and son who had been abducted by four kidnappers after an exchange of gunfire. He said a Taliban fighter and a civilian were wounded by the kidnappers, and that the kidnappers were killed in crossfire.