A black schoolgirl was strip searched by police while on her period after being wrongly suspected of carrying cannabis.

The “traumatic” search by Metropolitan Police officers took place at the girl’s school without another adult present and they were aware that she was menstruating, a safeguarding report found.

According to the report, police arrived at the school after being called by teachers, who said they were concerned that the teenager had drugs in her possession because she smelt of cannabis.

She was taken to the medical room and strip searched by two female officers, while teachers remained outside.

During the ordeal her intimate body parts were exposed and she was asked to take off her sanitary towel, according to the review.

No drugs were found. She was then sent home by taxi, later sharing her distress with her mother.

The report concluded that the strip search should never have happened, was unjustified and racism “was likely to have been an influencing factor”.

Her family strongly believe the strip search was a racist incident, and the review found that her experiences are “unlikely to have been the same” had she not been black.

According to the report, the impact the incident had on the secondary school pupil was “profound” and the repercussions “obvious and ongoing”.

Family members described her as changing from a “happy-go-lucky girl to a timid recluse that hardly speaks”, who now self-harms and needs therapy.

In a written statement to the review, the girl said she cannot go a single day “without wanting to scream, shout, cry or just give up.”

“The main thing I need is space and time to understand what has happened to me and exactly how I feel about it and getting past this exam season.”

She added: “I need to know that the people who have done this to me can’t do it to anyone else ever again, in fact so no one else can do this to any other child in their care.”

Scotland Yard has apologised and said the incident “should never have happened”.

Detective Superintendent Dan Rutland of the Met’s Central East Command said: “We recognise that the findings of the safeguarding review reflect this incident should never have happened.

“It is truly regrettable and on behalf of the Met Police I would like to apologise to the child concerned, her family and the wider community.”

The Mayor of London, Sadiq Khan said: “This is a shocking and deeply disturbing case. I am extremely concerned by the findings of this report and no child should ever have to face a situation like this.

“It is entirely the right that the incident is being investigated by the Independent Office for Police Conduct (IOPC) and I will be following the outcome of that closely.

“It is absolutely vital that our police service is able to gain the trust and confidence of all the communities it serves so that every Londoner, regardless of background or postcode can feel safe, protected and served.” 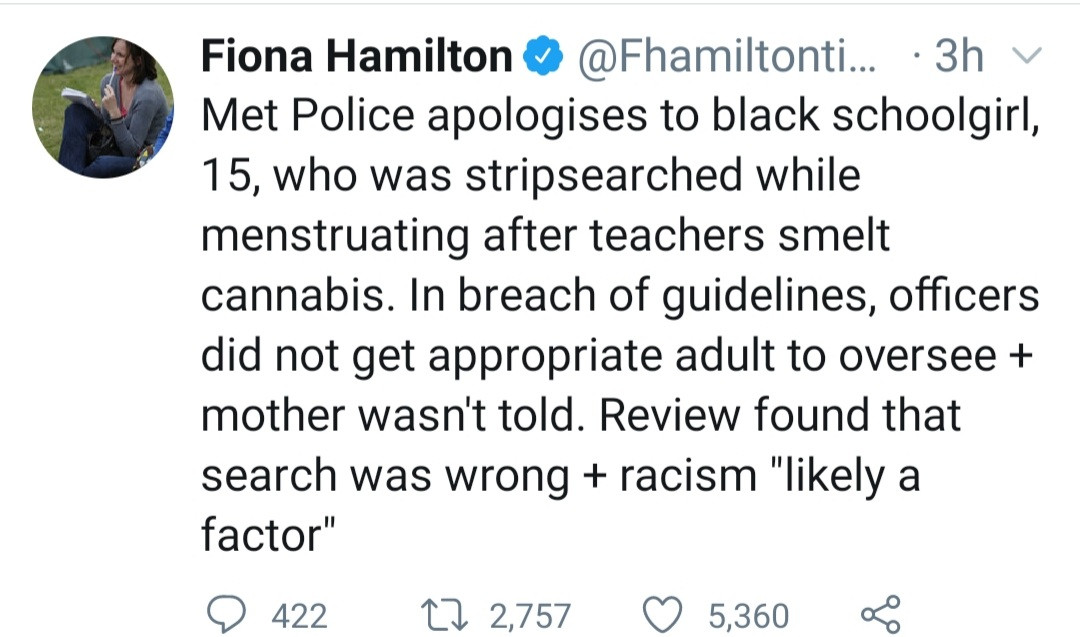 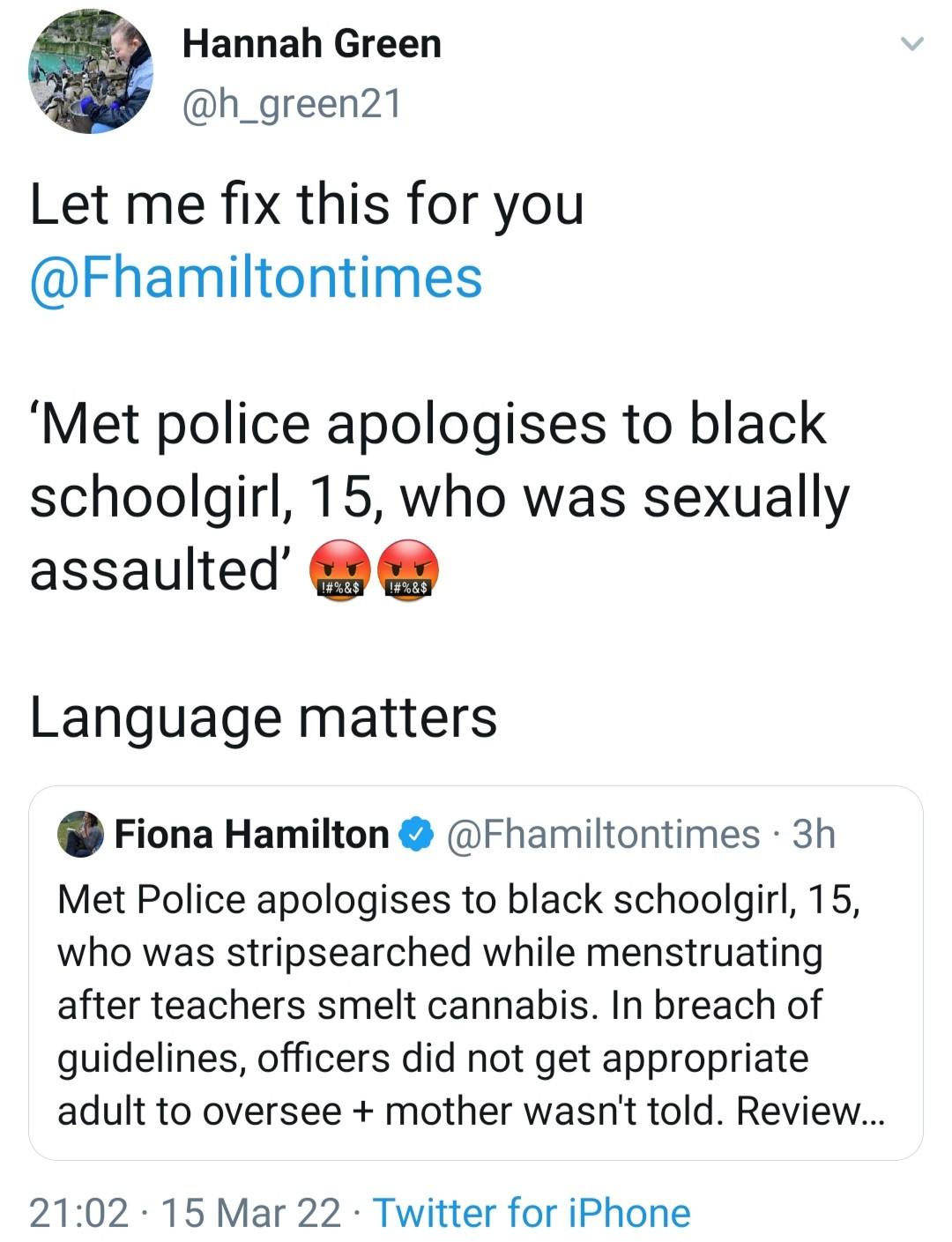 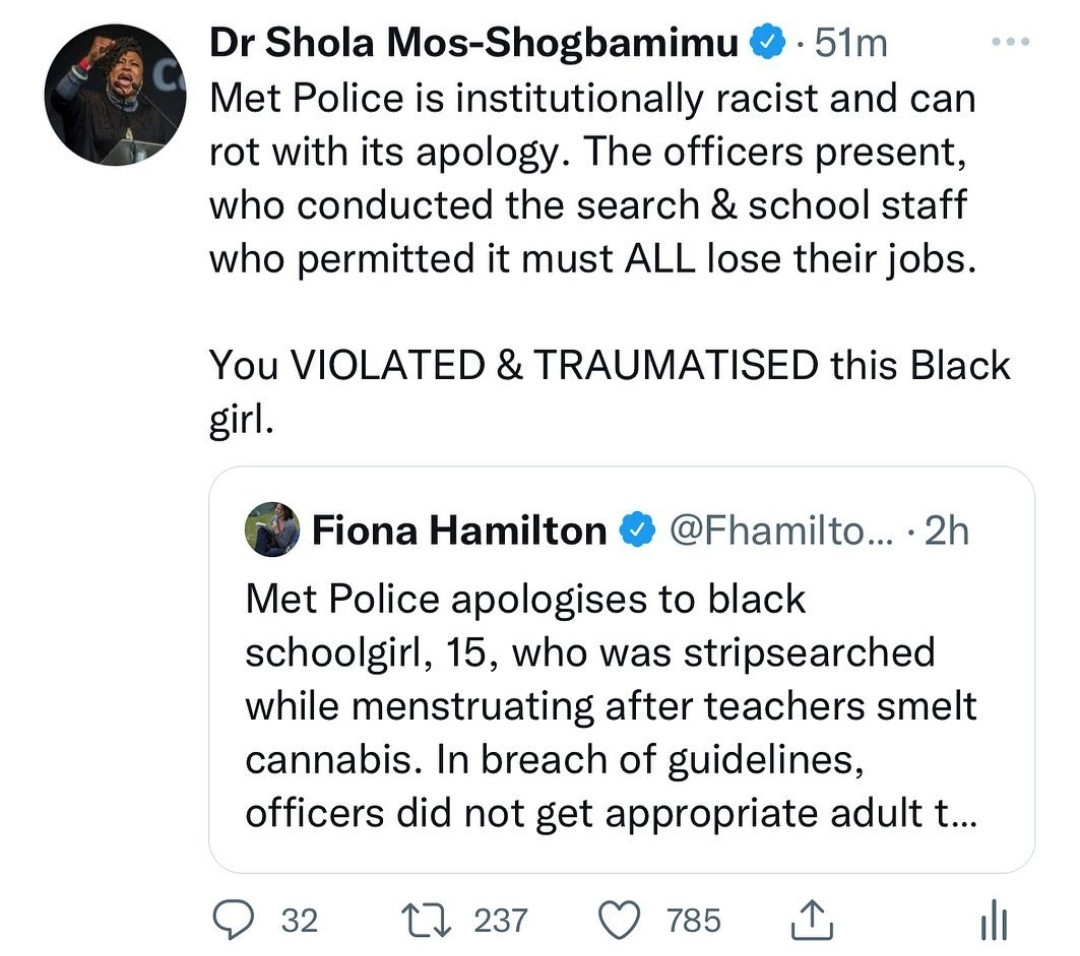 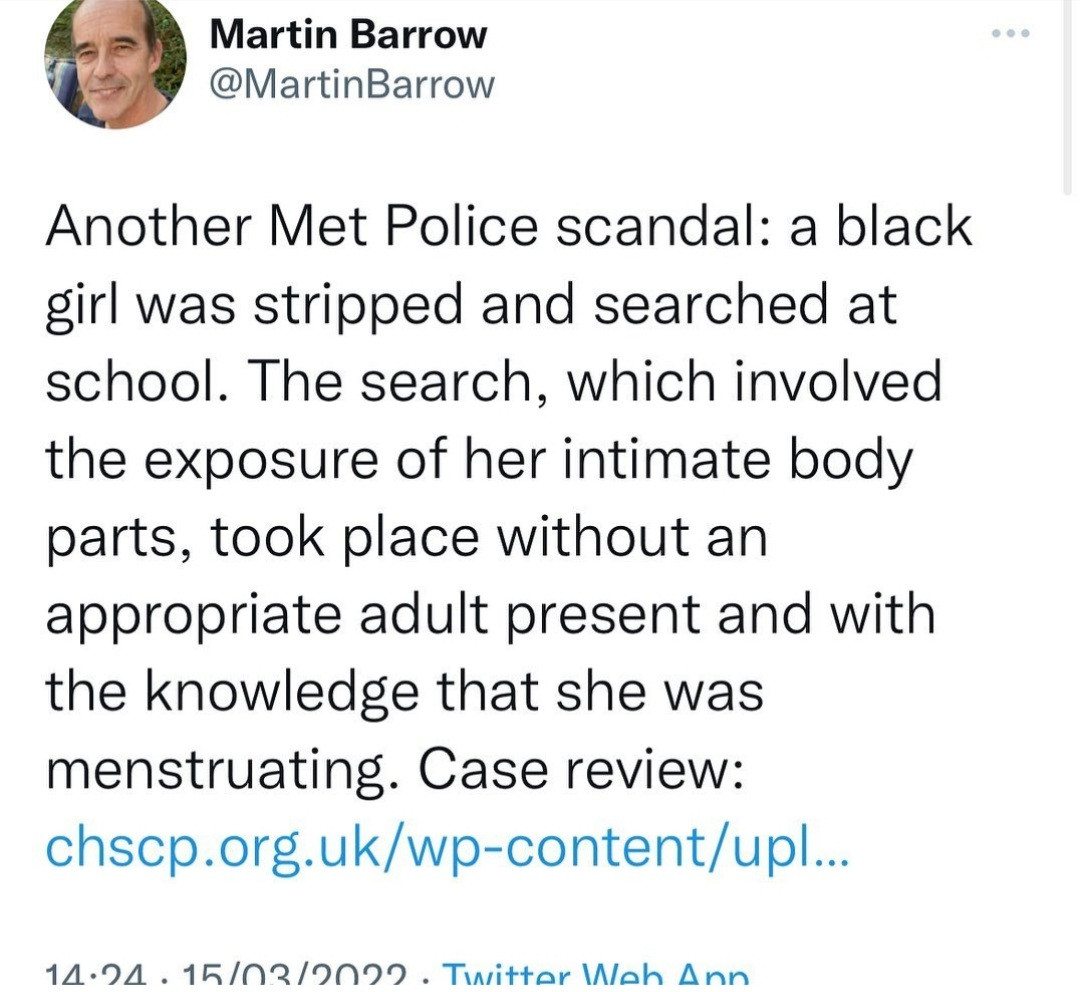